The Germans acted brutally in Russia during WW2. No doubt about that. But some of the pictures of Germans shown as totally inhuman and as monsters were fakes manufactured by the Soviet propaganda machine. Given below are a few such images. 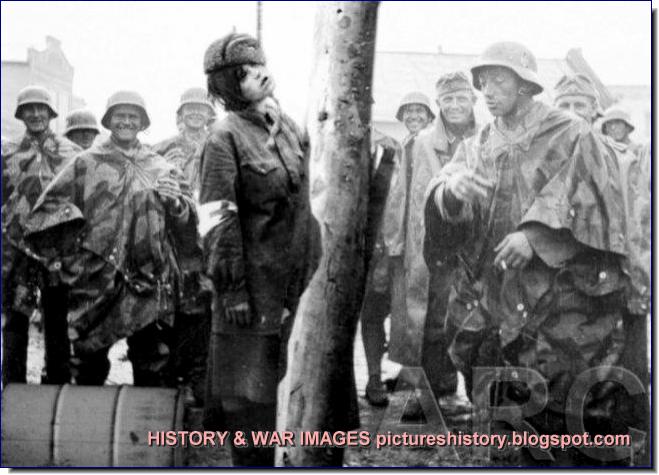 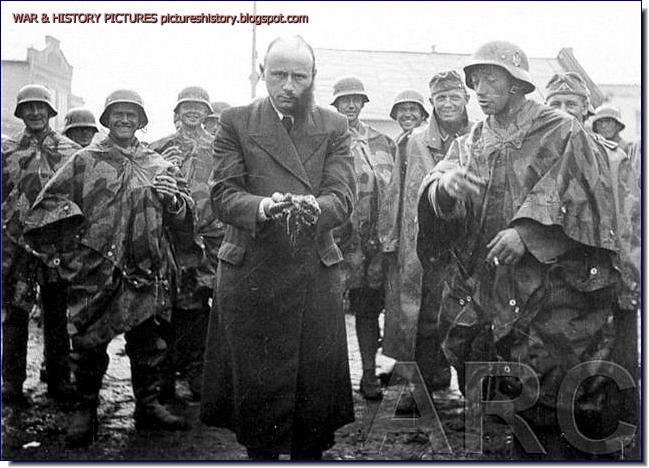 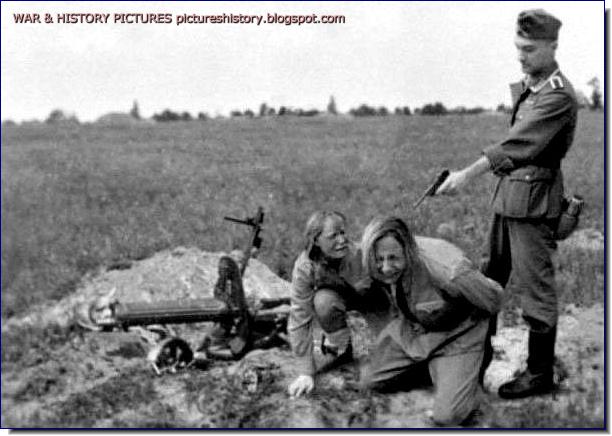 This one is a big fake. The couple seem to be Soviet actors. 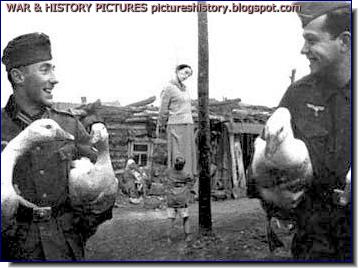 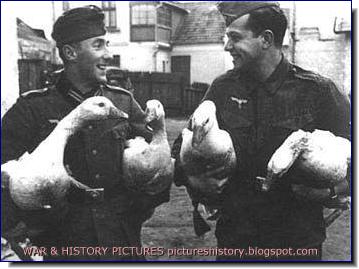 
One of our readers, who preferred to remain anonymous, writes....


Dear Sirs,
On the page of alleged "German Brutality" the photo of Dora-Mittelbau shows 1700 bodies KILLED BY US AIR ATTACKS the day before the US troops arrived. Other photos on that page show hanged partisans they do not mention the brutality of the Partisans...how partisans captured a German Hospital and impaled all the captured nurses through their vaginas on wooden paling fences. Or the captured soldiers the Partisans put meathooks through their jaws and hanged them , alive, in a tree, or the captured German soldiers they roasted alive like pigs over a fire....How do I know ? MY FATHER was in an SS Div on that front. He also told me how, after he was captured, how the Russians filmed & photographed one FAKE horror scene after the other using the German POWs as actors...they had no other choice
mit freundlichen Gruessen,
Soldat
Posted by embek at 10:48 PM